I am happy to announce that Evin Wieser is joining SJA as director of the club and will serve as the new head coach of the boy’s program. We also would like to welcome new boys coach Ashley Castle to the club. We look forward to Ashley’s success as the 14u and 12u boys coach. 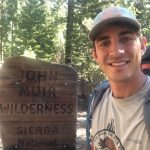 Evin Wieser has been involved in Bay Area water polo for the last 14+ years. He played and swam at Los Gatos HS where he earned all-league, All-Star Game MVP, and All-American honors. He later went to UC Berkeley as a Regents Scholar and played on the CAL D1 Varsity team for 2 years. He then transitioned to the CAL Club team where he led the team to a 3rd place finish at the annual national tournament, two years in a row. After graduating with a Genetics degree in 2016, he moved to San Jose and went to work in the DNA Sequencing field. He also officially began his coaching career. Since then, Evin has been successful in coaching youth water polo including previously serving as a coach at San Jose Express Water Polo Club.

A huge thank you to Cyrus Kahangi for all the work and dedication he put in to create such a successful boys program. Cyrus has decided to move outside of the South Bay Area and as such, is no longer serving as the head boys coach. Eric Rise continues in his role as head coach for the Girl’s program.

See you on the pool deck!

No Replies to "New SJA Director and Boys Coach"

Got something to say? Cancel reply